Note: After today’s call, we decided that this is a topic, which requires a discussion on Discourse before pushing it to an on-chain vote given its Resource Requirement. This Proposal was submitted by the Gaming Council on Sunday.

Receive contribution in the Grape Gaming Council fund to start working on its goals and planning out its long term strategy.

As a baseline idea on assets for those unaware of how stepn works (you can always check stepn.com as well for whitepaper)

1/3/9 are the key early levels for number of sneakers and energy/day - sneaker range currenly from 11-13 SOL floor. Using these sneakers will require people to actively exercise daily to earn the income that will fund the GC, and currently I manage 1 NFT we received for work for STEPN, plus 2 assets I added to increase the daily returns to help fund the GC.

In its current form, id most likely vote against this initiative. I fully support the Gaming council to receive funds to begin building – and Im a supporter of the individuals that make up that council.

Id like to see the following for me to vote yes

1- More depth on this “The gaming council intends to compensate members of GRAPE, helping the gaming council directly with revenue raised with the above contribution.” – id like to know the exact breakdown and assessment (notably interested in this because id likely copy this process for the NFT council). Not sure how this will work and because of that im skeptical to approve without more discussion.

2- A plan that includes 3 projects gaming assets. Im concerned that this is a StepN council plan more than a Gaming council plan. Adding 2 more gaming assets to the plan would make me an instant supporter, even if it doesnt model out the revenue. The goal is to have a gaming council (as opposed to the Stylish Syndicate) and the foundation needs to start with variety imo

3-a clear governance model for the Gaming council and its assets. This would likely be in the form of a multisig wallet or a grape-backed token (or both). Voting for 180 Sol without this in place seems like putting the cart before the horse. This could be resolved very quickly and I expect it wont be a sticking point for anyone

4- “currently I manage 1 NFT we received for work for STEPN, plus 2 assets I added to increase the daily returns to help fund the GC.” Insight into the existing assets and how those iare used. I’m familiar, but it is my belief that the DAO board and most of the DAO isnt. If we dont have metrics/visibility into our CURRENT situation, it makes me unlikely to support this proposal

Overall im in favor, but these are the steps id like to apply to ANY kind of proposal requesting funds. Honestly was alarmed that a DAO board member was going to skip the DAO board process to put this proposal on-chain without any of the above clarity. This is a chance for us to improve our processes so that this proposal can move forward

For more context and to hopefully answer some of the questions that’ve been raised:
The GGC wallet can be found through the bonfida solanagaming.sol domain.
Wallet address: J49LajNUJ4spdWaHsgo99eRcUtWEBx76aBDXGXTuYsEo 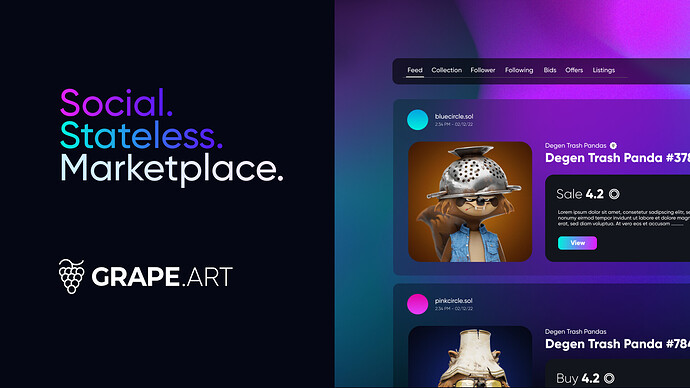 List and get offers for your NFT collection without it leaving your wallet only on grape.art, enjoy the benefits of holding your NFT until it's sold, the first truly decentralized social marketplace on Solana

image1289×138 7.42 KB
This is a rough valuation tool solfol.io which estiamtes the GCC wallets holdings to be 10.93 SOL based on floor prices or 22.29 SOL bsaed on rarities, and it shows the current SOL balance of 0.5 sol

In addition we can see the GCC holds 8.43 sol which is staked on Francium.

Futher to these holdings as Barndog has noted the GCC also has a STEPN Genysis sneaker which was donated to grape for the work done with STEPN on jogging with Barndog. The Genysis sneaker is one of the original 10,000 sneakers that STEPN gave to early adopters and these are highly sought after collectibles which worth in the region of 100 sol.

All of these have been gained through Barndog and others networking and interactions with projects having people on for Solana Gaming Satudays and AMA’s etc. (or from earnings derived from GGC assets)

STEPN details:
As Barndog noted he’s been managing a STEPN account on behalf of the GCC which has the Genysis sneaker and two additional STEPN common sneakers which Barndog has lent to the GCC. Having 3 sneakers increase the daily activity from 10 mintues a day to 20 mintues a day doubling the earning time. From an account management point of view STEPN accounts require are registered to an email with an offchain spending account that linked with a bespoke STEPN onchain wallet. Assets can only be out boarded through the STEPN wallet which can only be accessible through a pin that could be kept from a user if someone other than barndog was doing the daily activities.

In terms of STEPN earnings its breifly noted at the bottom of the google doc but for clarity:
1 sneaker (lvl 19), would give 2 energy for 10 minute daily activity would give average 13.62 GST. GST prices have gone from 3 GST/USD - 5.5 GST/USD over the last month but aveaged about 4.5 GST/USD, meaning daily earnings of ~$55 USD, 0.55 sol pd.

The 180 sol option would allow for an additional 15 common sneakers to be purchased to have two accounts with 9 sneakers with 9 energy each which would earn a combined 114.24 GST pd = ~500 USD, 5 sol pd in terms of earnings, and/or allow minting and selling of a stepn sneaker every two days for slightly greater expected value of 12.9 sol per two days or 6.45 sol pd.

These kind of earnings mean that should reimbursement of the initial outlay be the concern it could be repayed in a month to month and a half , or can discuss a % of earnings being returned or something to that effect e.g. GGC sponspored design or content work.

Goal of Stepn Vault for Gaming Council:
While this proposal is all about utilising a large allocation of Sol for a STEPN sneaker vault. The goal is for the STEPN Vault is to provide the funds to allow the Gaming Council build out the foundation of assets through the imense earning potential of STEPN so the GCC can go much deeper into more web 3 games. The Council has a long list of games that they’re interested in and to really make something happen with would look to not just get one or two assets in but several to get the most out of them:

Aside from the council managing out these assets through Cardinal lending, the plan is to host web 3 events and to have these being played on Solana Gaming Saturdays by Grape Community, with the GGC assets being used for these events which would have associated prizes. There have been talks of collabs along the way too with projects that are interested in coming, with the GGC being interest in playing and both coming to mutual arrangement whereby for honest unbiased feedback the Council would purchase X amount of NFT’s, either receive some extra or receive sponsored prizes.

Re: compensation for members of Grape, current earnings from the STEPN assets have been used to sponsor some of the CC design work that’s been done. Barndog could speak to that more.

does this mean the entire amount will be invested in STEPN ? no other projects to divide the funds on ? at least one more option ?

Yes, the plan is that the investment received from the DAO will be wholly invested into STEPN, with the revenue generated from those STEPN assets used to buy NFT assets for many other projects.

While it could be viewed as a consolidated risk, the GGC are very clued into STEPN and firmly contend its the single largest Solana Gaming P2E project with the best direct earning potential sustained through it continued user growth spurred by incredible development with a robust tokenomics that promotes a circular in app economy. 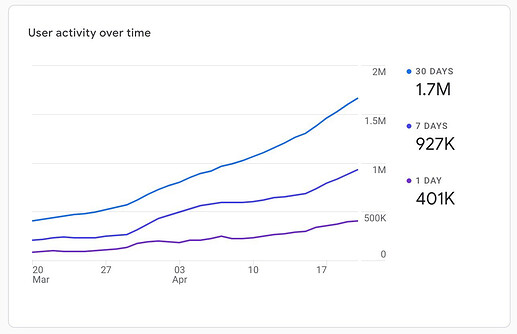 As an update the Gaming Council now have a multisig Squads setup:

As noted we currently have Barndog managing a STEPN account on the GGC’s behalf.
@TheRipTyde @DeanMachine and @discolove007 are each offering their time to do the same and manage accounts also.

As things stand, STEPN sneaker prices have increased 33% in the last week, so Option 1 for 180 SOL would now cost in the region of 240 SOL, as such its no longer the preferred option rather the GGC are looking at purchasing 5 common sneakers which at current prices would cost 80 SOL.

Given the time sensitive nature of the proposal, as @TheRipTyde mentioned, I would like to ask if there are any other questions or concerns regarding the proposal (now updated to 80 SOL).

If not, I would suggest we push this on-chain.

Think we can push this on-chain

In case there’s not enough people to do this I’m in!

I’d be happy to join in if you guys need another participant. I run almost every day and walk a lot daily as well. Can help with either and have not used STEPN yet at all.

Based on the discussion so far, here’s a message from @discolove007 to any potential volunteer:

If you would like to volunteer your time to raise funds, please sign up here. We will reach out to you when we have shoes available to use.

likewise able to join if another is needed

Solscan - The most intuitive Solana explorer

The user-friendly and real-time update Scanning Tool for the Solana Ecosystem. Track your $SOL and Solana-related tokens to get information on transactions, blocks and token details.

The GGC has now returned an initial 20 sol in revenue back to the treasury, May 24:

Solscan - The most intuitive Solana explorer

The user-friendly and real-time update Scanning Tool for the Solana Ecosystem. Track your $SOL and Solana-related tokens to get information on transactions, blocks and token details.