This proposal aims to settle the February/March Emissions

Early March, February emissions were put to an onchain vote that did not pass. 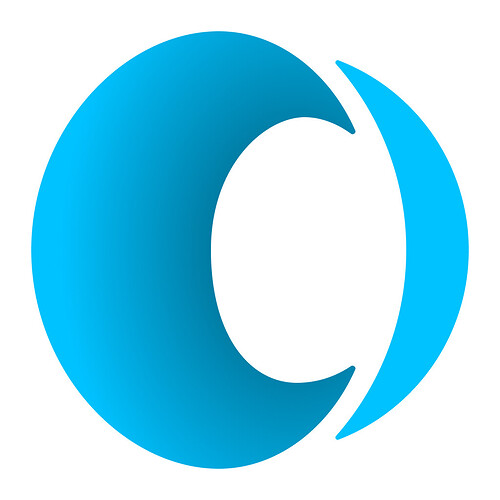 As per onchain comments there were several reasons people voted No

Several commenters noted they were voting no on the expectation of a revised proposal be put up to address the issues with the proposal.

Emissions became a regular agenda item in DAO Calls throughout March, Apil, May and into June.
To my knowledge membership emissions were skipped for February, the growth grants for the international communities canceled as those sub-communities departed, the Contest Prize emissions were put to a seperate on chain vote which passed and I am uncertain of the fate of the proposed Market Maker Loan.

The Skill Force Emissions became a focus for much of the discussion and new models were put forward.

On 26 April, @DyNite and @Dim_Selk put forward a revised proposal on discourse that sought to address the problems members had raised with the original proposal and issues that were brought up during DAO calls. Their revised proposal was for 1.26 Million $Grape and had input from SubDAO’s and SubDAO representatives to deem what seemed fair emissions for the work that had been undertaken.

This is an imperfect analysis, of imperfect individuals in an imperfect world. It is one we have come up with to get the ball rolling. We have assessed our current members and the feedback provided by the sub-dao leaders and have adjusted emissions proportionate to that as best as we could. -activity in DAO -activity in sub-dao -class level -feedback from leaders -Preformatted text If there is any issue please comment down below where you feel something that is incorrect. The plan is…

Ive created a new emissions model that I think does a better job of representing how we should measure contributions All details are in the spreadsheet, but please feel free to better share that information directly here if youd like Notable changes in this model have @CryptoPawz @discolove007 @Jahris @Pavelsan @pontes @avidlearner.sol @TheRipTyde @CoffeeAttack @riderinred @rustandmoth receiving significantly more Grape

On 01/05/2022 the two emissions models were discussed and the majority of the DAO Board voted in favour of the Dean’s modified emissions model. There was talk of minor revisions that would take a couple of days to be finalised

FEB EMISSIONS TEMPLATE - COMPACT VIEW DAO,February,INSTRUCTIONS: Only Update Cells with Yellow Background &amp; Purple Font Color. To add Member, Copy/Paste the Whole ROW of the last member to the next row below, and update the Name &amp; Discord...

Membership emissions remained on the DAO agenda for the rest of May till near the end of June, before dropping off the list.

For the last while the issue seems to be raised once a month by different individuals wishing for it to be addressed.

By putting the February/March Skill Force Emissions to an onchain vote we should be able to settle any current or future complaints on unresolved emissions relating to work done by community members for these months.

This modified February and March emissions model gives $Grape amounts to skill role members for the efforts they made during that period. The amounts were decided by SubDAO’s and SubDAO representatives to reflect what seemed fair emissions for the work that had been undertaken by each member. An executive view was taken to modify the numbers to reflect overall efforts of members between SubDAO’s and based on their input to the main DAO.

(Members ChoboSwaggins, Zhing Richard and Libra have been removed from the emissions model having been sent $Grape privately from Whale’s Friend. Whale’s Friend declined reimbursement instead requesting any excess be sent to the Grape treasury)

The goal of our monthly emissions is to distribute GRAPE in a wide and fair fashion. Our community runs on merit, so the bulk of our emissions are given as a result of “skilled activity” or “proof of social work”. Note: Any remaining emissions will be returned to the treasury 1.Membership emission: Roles $GRAPE Accounts Total $GRAPE Gibbons 55 954 :grapes:52,470 Great Apes 265 449 :grapes:118,985 Gorillas 1045 432 :grapes:451,440 The goa…

The comments were mixed with several noting errors and expectation of a new proposal to address issues:

With the above proposal my goal was to give an objective proposal.

Personally I firmly believe in putting this to an on chain vote. I think the late April early May iterations of emissions models were fair compromises on the February and March Skill for emissions that had been deemed too much and as having outliers with some maximising emissions through wearing as many hats as possible, issues that were/are addressed in these emissions models.

I believe the model that was put forward by Dim & DyNite and refined by Dean represents a good halfway between what had been the status quo for Dec - Feb into March and the revised April and May emissions model that put greater onus on DAOiness.

I also firmly believe that reneging on the emission for the February and March has done much in the way of Reputational harm to the Grape Community which lead to an exodus of many sour individuals, some of which where in it for the gains some of which were principled individuals who felt hard done by after receiving no recompense for hard work and effort they put in. My hope is that should this pass it would go some ways to countering those views.

great effort. Can someone record here any conversation that was had between Whale and the 3 individuals so that we can keep that as historical record?
Maybe the transactions from whale to the three accounts too if possible.

Amazing work Rip, and to all of those that have attempted to solve this issue in the past. Ready to support and put this entire issue behind us for good.